Skip to content Skip to navigation menu
Please be aware that we are experiencing delivery delays. Our current SLA is 15 days. We apologise for any inconvenience caused. If you should have any concerns, please speak to your Account Manager. 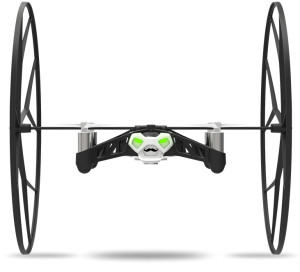 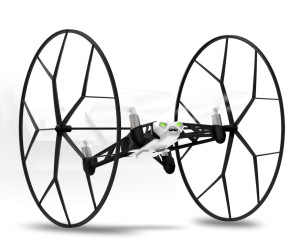 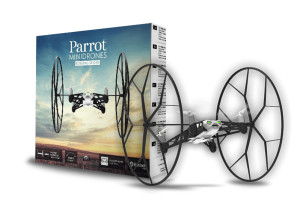 Please log in or create an account with Exertis to buy or see full details of our product
Amazing acrobatics
Parrot Rolling Spider is an ultra-compact drone controlled by smartphone. It flies indoors and outdoors with surprising speed and stability. Acrobatic tricks are available from the free app for MiniDrones FreeFlight 3.

Ultra-light, Rolling Spider performs half- and u-turns in one swipe.
He does ​​front and rear loops in one click.
With its removable wheels, it runs from floor to ceiling and walls.
Equiped with a propellers cutout in case of a collision, it is designed to fly without harming living-room's luminaire!

55 grams of technology
6 times lighter than AR.Drone and the same flight stability thanks to an autopilot based on a 3-axis gyroscope and 3-axis accelerometer.

Pressure sensor for the flight altitude
Ultrasonic sensor for precision flying near the ground
Its vertical camera at 60 fps measures the speed comparing previous image.

Fly and roll!
This ultra-sophisticated technology based on sensor data fusion makes Rolling Spider one of the world's most stable drones.
It has an exclusive free-fall take-off mode:

Its engines start when you drop it.
Capture aerial views with the vertical mini-camera.

FreeFlight 3
FreeFlight 3 free app offers an intuitive control from your smartphone or tablet.
It connects through Bluetooth Smart to your Rolling Spider.
It is compatible with devices running iOS and Android, and from October 2014 under Windows 8.1 and Windows Phone 8.1. It is also the application of MiniDrone Jumping Sumo.

Fly and roll!
Parrot Rolling Spider is an ultra-compact flying drone with impressive agility. It flies indoor and outdoor with great speed and stability. It rips through the air, flips and thanks to its removable wheels, rolls from floor to ceiling.